Swift is Apple’s programming language for iOS development, but many developers still question why they should use it over Objective-C. As with all software development, there are several factors to consider in determining which language you should use. Swift comes out on top in many categories and offers numerous advantages over Objective-C when creating apps for iOS.

Read this list of the top 8 advantages of using Swift for iOS Development and decide whether it might be the right choice for your next project.

What is the Swift programming language?

One of the primary advantages of using Swift for iOS development is its speed. Swift is a compiled language that is converted into machine code that can be run on a computer quickly.

This makes it much faster than interpreted languages like Python or Ruby. In addition, Swift uses type inference to figure out the types of variables and constants, which makes code more concise and easier to read.

The other advantages of using Swift for iOS development is that it helps create cleaner code. This is due to features such as type inference, which can help make code more concise.

In addition, Swift’s syntax is easy to read and understand, which can help make your code more maintainable. Another advantage of using Swift is that it enables you to create safer code. This is because Swift uses various safety features, such as type safety and memory safety.

When it comes to developing apps, reliability is key. And with Swift, you can trust that your app will be more reliable than ever. That’s because Swift is a compiled language that catches errors and bugs before your app even runs. So you can rest assured knowing that your app is built on a solid foundation.

One of the main advantages of using Swift for iOS app development is that it is much more productive than Objective-C. This is because Swift has features like type inference, which allows you to write code more quickly.

In addition, Swift also has better error handling than Objective-C. This means that you can spend less time debugging your code and more time developing your app.

The Swift community is strong and growing every day. Many active forums and websites are dedicated to help developers learn and use Swift. The language is also regularly updated with new features, making it an excellent choice for long-term development projects.

Dynamic libraries are code libraries linked to an application at runtime rather than statically linked when the app is compiled. This means that new library versions can be released and updated without recompiling and releasing a new version of the app. Swift supports dynamic libraries, making it easy to update your app with new features without going through the app store.

The most significant advantage of using Swift for iOS development is the cost savings. Swift is a free and open-source programming language that develops apps for the iPhone, iPad, and Mac. You don’t have to pay any licensing fees to use Swift.

Additionally, Swift can help you save on development costs because it is easier to learn and use than Objective-C, the other primary programming language for developing iOS apps.

One significant advantage of hiring Swift developers is that it is much more secure than other languages. This is because Swift focuses on security from the beginning. It has built-in support for many standard security risks, such as buffer overflows and weak cryptographic ciphers. Plus, it is constantly updated with new security features.

Overall, Swift is a powerful, easy-to-use programming language that can help you develop high-quality iOS apps. In addition to being faster and more efficient than Objective-C, Swift offers several other advantages, including safety, readability, and flexibility. If you’re looking to develop an iOS app, hire dedicated Swift developers to build performance-driven apps. 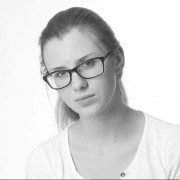