Writing can take many forms in a particular language. Sometimes it can be persuasive, and other times it can be argumentative writing. But one common thing is that writing is not an easy task unless you know the differences between its types and forms. Thus, knowing about the differences and the similarities is essential for every writer out there. Keeping this in view, today’s article will present a detailed comparison between persuasive and argumentative writing. But before going further into the details, let’s start with defining both types of writing.

An argumentative piece of written information attempts to convince the readers that the idea being discussed is true. It can be the idea of the author himself and someone else’s. In simple words, in this genre of writing, the writer defends or prove a point. On the other hand, persuasive writing attempts to convince the readers to agree with the author’s idea. In this type of writing, the author uses his own ideas and opinions and evoke the reader’s sentiment about the idea.

After reading the above definitions, you may see that both the writings are very close in their meaning. Actually, they are different from each other. In the next section of this article, I will state some of the main differences.

What Is The Difference Between Persuasive And Argumentative Writing?

There are many between the above mentioned two types of writing. A brief description of the major differences is as follows as shared by experts of an affordable essay writing service;

The first thing is the goal because every writing is written based on some objectives. The objective of argumentative writing is to convince the reader that the author’s point is also valid. Remember, the author’s point is not the last word; rather, it is another side of the truth of a particular idea. The writer tries to build his point through arguments, facts, and figures.

In contrast, in persuasive writing, the writer persuades the reader, i.e., only his idea is correct and valid. There is no other side of a topic or issue, the writer’s ideas are the final word, and the reader has to agree with them.

One general technique of persuasive writing is blending facts with emotions. The writer manipulates the arguments with the emotions of the reader. When the reader is emotionally convinced, it is easy to make him agree with the author’s idea. This is the general technique of persuasive writing. On the other hand, argumentative writing is different in its technique. The writer uses solid facts and figures and presents unquestionable arguments in support of the idea.

The third difference lies in the attitude of the writers. Persuasive writers try to gain another vote in support of their idea from their audience. In order to do so, they blend ideas with emotions. The reader is left with no choice other than to agree with the writer.

While argumentative writers have not this kind of ambition. They simply put their point out there in light of the solid facts and figures. Agreeing and disagreeing with the idea is totally up to the reader. Thus, the attitude of argumentative writing is different from persuasive.

What Are The Similarities Between Persuasive And Argumentative Writing?

Along with differences, both types of writing have some things in common as they are closely related. Thus, it is time to discuss those similarities between them. A brief description of the resemblances is as below;

Despite the differences, the format and structure of both types of writing remain the same. All the parts of the writing come in the same way as other writings. For example, the introduction and background of the topic come first, and are followed by the main body. The last part of the writing is always the conclusion, where the writer summarises his argument in a persuasive way.

Another common thing between persuasive and argumentative writing is the detail and support. The detail and supporting arguments are necessary for both writings. Just think for a moment, how can a writer convince or persuade someone without going into the details of the topic? It seems impossible to persuade without proper evidence. It does not matter whether they are blended with emotions or not. The thing is that enough detail and support is there.

This similarity between persuasive and argumentative writing is the most prominent one. The audience of both writings is the general public or academic. Also, writers serve a specific purpose of delivering their point to the audience. Undoubtedly, the techniques of convincing the reader are different, but the audience is the same as well as the impression. The goal is to let the reader think of something other than the main idea, and both writings do so.

How Do You Compare Persuasive And Argumentative Writing?

After reading all the similarities and differences given above, you must be able to differentiate by looking at the writing. But many readers also need assistance in this. Thus, while comparing between persuasive and argumentative writing, you must look for the following things;

While comparing two writings, you must look for the balance in the body paragraphs. You will see that argumentative writing gives arguments on both ideas. There will be a balance between the facts and the figures. The writer gives arguments on the most accepted view and his own equally.

While, in persuasive writing, there is an imbalance of the ideas. The writer only talks about his ideas and views blended with emotions.

In persuasive writing, you will not see any room for the acknowledgement of opposite ideas. There will be the ideas of the writer only. In the meantime, argumentative writing acknowledges both ideas. It gives you a picture of the claims of both sides.

From the discussion above, it can be inferred that persuasive and argumentative writing are not the same. There are similarities as well as differences between them. In order to compare them in the correct way, you must have an idea of these differences. 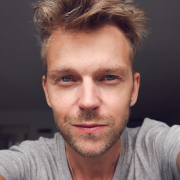 A step-by-step guide to writing the dissertation proposal

How Queensland Assignment Writing Services Can Help To Get Good Grades?